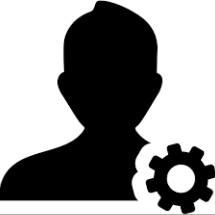 Spanish, known as español in Spain is a Romance language with approximately 470 million speakers. A significant number of people also speak Spanish as a foreign language. Spanish has been taught as a second language in many schools across the globe .

Our Spanish Language Program Include:

French is the only language other than English spoken on all the five continents.It is the official language of 26 countries, and a number of international organizations. It has over 75 million native speakers and over 220 million speakers worldwide.

Learning French is a good basement for learning other languages like Spanish, Italian, Portuguese and Romanian. It is a good footing for learning even English as almost fifty percent of English vocabulary is from French.

Our French Language Program Include:

Arabic, ranked among the top six of the world’s major languages, is the official language of the 22 countries which form the Arab League. It is the native language of over 200 million people residing in the Arab World. Arabic is also the liturgical language of the Muslims around the world, as it is the language in which the Qur’an, the Holy Book of Islam, was revealed.

Do you know the fact that numerous Arabic words are borrowed by the English language like cotton, sugar, gazelle, guitar, alcohol, Sahara, carat, and lemon?

The Arabic language uses the same punctuation marks as in English, but some of the symbols are inverted, such as the comma (،), or reversed, for instance, the question mark (؟).

German language (Deutsch) is the official language of both Germany and Austria and one of the three official languages of Switzerland. It is said that there are more than 90 million people who speak German as their native language.

This is widely studied as a foreign language and is one of the main cultural languages of the Western world. German also is the third most widely taught foreign language in both the US and the EU.

What do you already know in Hindi?

You know a lot of Hindi.

“Alice walked along the veranda of her bungalow with a shawl over her head after a shampoo bath.”

This sentence has 4 Hindi words: ‘veranda/verandah’, ‘bungalow’, ‘shawl’ and ‘shampoo’.

English has borrowed a lot of Hindi words to its vocabulary like ‘jungle’, ‘yoga’, ‘cheetah’, ‘loot’, ‘avatar’ and ‘typhoon’.

If I learn Hindi, will it help me with any other languages?

Knowledge of Hindi will help with Sanskrit, Urdu, Nepalese, Bengali and Gujarati.

What Shall I Learn In Hindi?

Even though the regional language of Karnataka, Kannada is the 27th most spoken language in the world. Almost 38 million people speak this wonderful language.

Regular Kannada lessons contain key sentences for many different scenarios that are used in everyday life.

What Shall I Learn In Kannada?

Do you know Adam’s first words to Eve?

Can you read it from back?

See the word, ‘madam.’ This is a word that we can spell the same backwards and forwards.

The word ‘Malayalam’ is a palindrome.

What Shall I Learn In Malayalam?